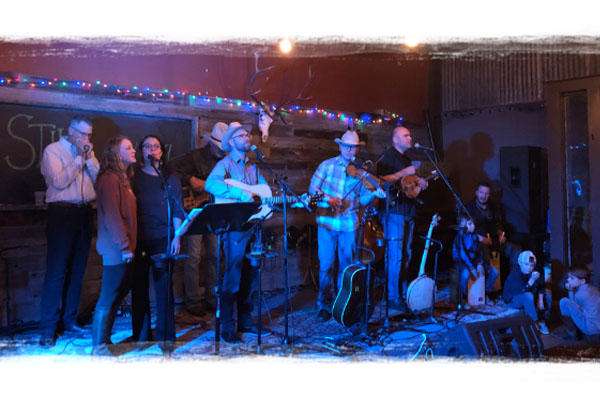 we are sheridan's living room

A place you can call home away from home

Bring your family to reconnect with each other while enjoying live music, local events, or a game of cribbage. You can even rent the taproom out for your special event.

Book A show or Event

A place you can call home away from home

Ski season is just around the corner - which means it's time to prepare for an epic year in the mountains! We're partnering up with Antelope Butte as well as Wax on Wheels to provide a day for a ski and snowboard swap as well as waxing and tuning for your gear! Unfamiliar with a ski and snowboard swap? The concept is simple - you have old gear you outgrew or don't have a need for anymore, you sell it for the next person to enjoy. Additionally, Dick Stilson, General Manager of Antelope Butte, and Spencer Porden of Wax on Wheels will be on hand to wax and tune your skis and snowboards out front of the brewery for some ski and snowboard tuning.

Join us for an Open Mic Night and experience a broad range of Sheridan's local and incredibly talented musicians as well as passer throughs that have heard of our acclaimed Open Mic Night!

stay in the loop

Thank you! Your submission has been received!
Oops! Something went wrong while submitting the form.
Copyright ©2021 Luminous Brewhouse
Sheridan, WY
Terms & Conditions
Privacy Policy
Site design by Only Co.